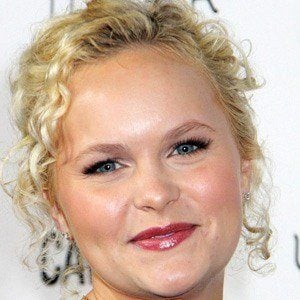 American actress who appeared in the films Smart People, Homecoming, and Cavemen.

She was the Homecoming Queen in her senior year of high school.

She performed for the First Lady and her daughters in the role of Glinda in the musical "Wicked".

She was born in Pennsylvania and raised with a sister named Holly and a brother named Evan.

She acted alongside Dennis Quaid in the film Smart People.

Amanda Jane Cooper Is A Member Of