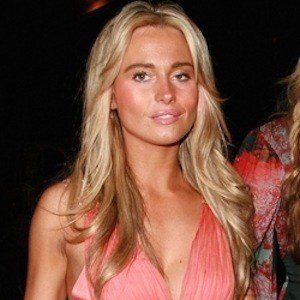 Reality star and model who rose to fame as the center of British series Desperate Scousewives, an E4 series based in Liverpool. She also made one of her earliest television appearances on the BBC3 series Glamour Girls in 2007.

She began her extensive modeling and reality career at sixteen when she won Miss Liverpool. Seven years later she was named the Hottest New Model in Zoo Magazine and one of the Top 10 Hottest New Models in the World in Maxim.

She was offered a position as a playmate at the Playboy mansion after she appeared in a pair of episodes of Girls of the Playboy Mansion.

Though originally a native of Liverpool, England, she later briefly lived in Miami, Florida.

She has modeled alongside fellow star Calum Best and has posted photos with him on Instagram.

Amanda Harrington Is A Member Of