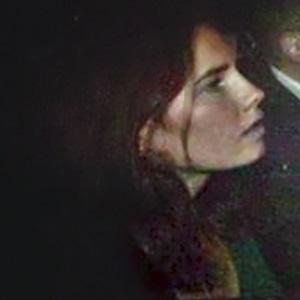 American student who was accused, despite a lack of hard evidence, of murdering her roommate, Meredith Kercher, while studying abroad in Perugia, Italy in 2007. She spent four years in an Italian prison, then after a series of court trials, she was acquitted of the charges in 2015.

She graduated from Seattle Preparatory High School in 2005. She subsequently attended the University of Washington and made the fateful decision to study abroad for a year in Italy.

She signed a $4 million contract to write a memoir.

Her parents, Edda and Curt, got divorced when she was young; they both defended her vigorously during her trial. While studying abroad in Italy, she began a relationship with Raffaele Sollecito, who became her co-defendant in the murder trial that followed Meredith Kercher's death. She secretly wed Christoper Robinson on December 7, 2018.

Amanda Knox Is A Member Of