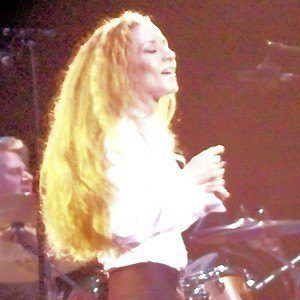 Pop rock singer known for Top 40 hits like "Let it Rain," "Beautiful Goodbye," and "This Could Take All Night."

She signed a recording contract with Metalblade Records in 1991, but she and the label agreed to part ways shortly thereafter.

Her song "I Believe In You" was covered by the Canadian Idol Top Ten Finalists in 2007.

She is the daughter of a Trinidadian mother and Canadian father.

Bon Jovi guitarist Richie Sambora was featured on her song "Why Don't You Love Me."

Amanda Marshall Is A Member Of