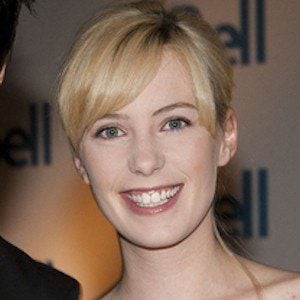 Canadian actress who has appeared in films like 2014's Ace on Fire. She has also acted in USA's television show Rush and The CW's Supernatural.

She has also written and directed her own projects such as the short film Touch and the web series Audition.

She married Josh Ramsay, of the band Marianas Trench, in 2020.

She has claimed that she has been a close, personal friend of pop singer Carly Rae Jepsen.

Amanda McEwan Is A Member Of