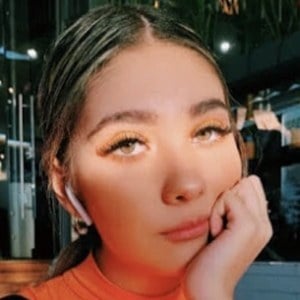 Social media star who rose to popularity for her self-titled YouTube channel where she's amassed more than 8 million subscribers for her entertaining vlogging. She's also popular on TikTok, earning more than 17 million fans for her lip-syncing and trending dance routines.

She is popular on Instagram with over 4.8 million followers on her amara.aa account. In 2019, she was nominated for an MTV Millenial award for TikToker of the Year along with Xime Ponch, JeanCarlo León and Kevlex Pazmiño. She appeared on the cover of the September 2019 issue of the Mexican magazine Tú.

Her full name is Amara Leguízamon Pascagaza. She was born and raised in Colombia and has featured her younger brother Alan on her page. Her parents are named Gioniko and Shitaru Koaj. She has dated fellow social star Christian Fabián Durán.

She has become good friends with fellow YouTuber Keff Guzman, whom has also been featured on her Instagram.

Amara Que Linda Is A Member Of