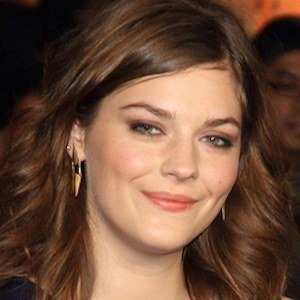 Model and actress known for her appearances in print and runway campaigns for companies like Burberry and Chantelle. She has also earned a number of roles in films like The Riot Club and We are the Freaks.

She began her media career by attending Aberdeen City Music School. She has learned to play piano, violin, and is a jazz singer.

She made her small screen debut in an episode of the 2013 television series Black Mirror.

She gained popularity for her relationship with Paolo Nutini and for starring in his music video for "Diana."

She caught her first acting role in Your Highness, a film starring James Franco and Natalie Portman.

Amber Anderson Is A Member Of