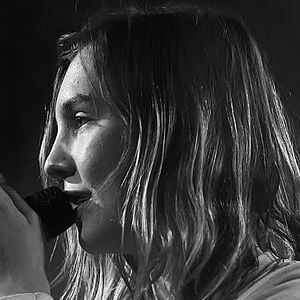 English rock and pop musician who began recording music under the alias The Japanese House in 2015. Her profile rose considerably with the release of her second EP, Pools to Bathe In, featuring the acclaimed single "Still."

She wrote her first song, "My Little Secret," about a school crush when she was twelve years old.

Her song "Still" has the distinction of being legendary DJ Zane Lowe's last ever Hottest Record on Radio 1.

Her parents divorced when she was young.

Her EP Pools to Bathe In features production from The 1975's Matthew Healy.

Amber Bain Is A Member Of