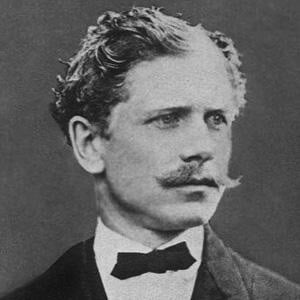 American fiction author and journalist who is best known for his 1891 short story, "An Occurrence at Owl Creek Bridge." He also famously published a satirical work called The Devil's Dictionary.

When he was fifteen years old, he left home to work for an Ohio newspaper. He went on to serve in the Union Army during several key battles of the American Civil War. He later pursued a writing career in both London and San Francisco.

Leaving behind only a letter that read, "As to me, I leave here tomorrow for an unknown destination," he disappeared forever in 1913. His fate remains a mystery.

He separated from his wife, Mollie Day, in 1888 after discovering letters from her lover. The couple were parents to three children: Day, Leigh, and Helen.

Ambrose Bierce Is A Member Of