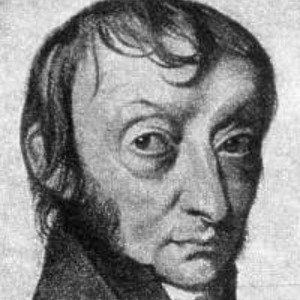 Physicist who calculated the number of atoms in twelve grams of carbon-12. Avogadro Constant, the number of elementary entities in 1 mole of a substance is named after him.

He graduated at the age of twenty with a degree in ecclesiastical law.

He is responsible for Avogadro's law, which states that, equal volumes of all gases, at the same temperature and pressure, have the same number of molecules.

He married Felicita Mazze and had six children.

He was alive when Napoleon Bonaparte ruled over northern Italy.

Amedeo Avogadro Is A Member Of