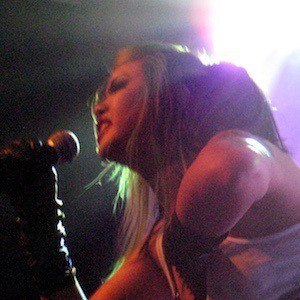 Singer and songwriter who is best known for being the lead vocalist of the Sydney band Angelspit. She is also known for her solo work which focuses mainly on dance music combined with electronic influence.

With a passion for music at a young age, she played with several others before joining the band Angelspit in 2004. Since then, she has gone on to record her own solo music. Her first EP was released in 2014 which featured several of her hit singles.

She has made several music videos for her songs and most notably she is a part of Blind Mice Productions record label which helps promote and produce her music.

As a musician from Australia, she can be seen among the ranks of fellow artists from the area including Keith Urban, Nick Cave, and Sia.

Amelia Arsenic Is A Member Of