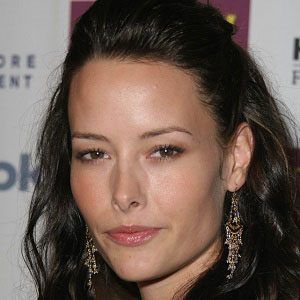 Perhaps most well known for her portrayal of Dee in ESPN's poker-themed drama series Tilt, she is also notable for her performance in the horror movie Trapped Ashes.

Before beginning her acting career, she modeled in Canada, Japan, Europe, and Australia, and trained and performed with the Canadian National Ballet.

In the early 2000s, she appeared in two episodes of the soap opera The Bold and the Beautiful.

Though she was born in Colorado Springs, Colorado, U.S.A., she spent her childhood in Toronto, Ontario, Canada. Her brother, Jeramy Cooke, pursued a career as a designer of video games.

She appeared with David Caruso in a 2004 episode of CSI: Miami.

Amelia Cooke Is A Member Of