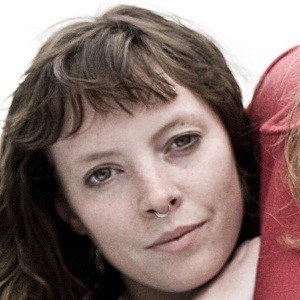 Singer who was originally a third of the group Mountain Man, then later became a member of Sylvan Esso with electronic music producer Nicholas Sanborn. The two released their eponymous debut album on Partisan Records on May 12, 2014.

She formed Sylvan Esso with Nick Sanborn after meeting him in Milwaukee at the Cactus Club. They both admired each other's bad dance moves.

Her father Jonathan Meath was the producer behind the TV game show Where in the World is Carmen Sandiego?

She made her television debut with Sylvan Esso on The Tonight Show Starring Jimmy Fallon on July 9, 2014. They performed their track "Coffee."

Amelia Meath Is A Member Of