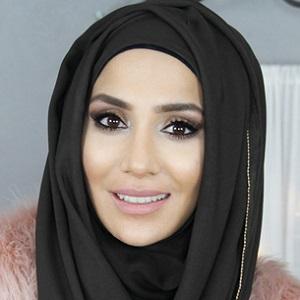 International lifestyle and beauty guru whose fun and friendly tutorials on her self-titled YouTube channel are her claim to fame. Her tutorials and style hauls have helped her earn more than 390,000 subscribers.

She joined YouTube on November 15, 2006. Her first video, which is also her most popular, is called "How to wear a Headscarf (Hijaab/ Hijab Tutorial): Pink Waterfall | Amena."

She has been endorsed by brands such as Bobbi Brown, AKA I love makeup, Clarins, Too Faced, Eyeko, Ardell, L'Oreal and many others. She has been featured on Channel 4: Boutique Opening, Marie Claire Brazil, and BBC Asian Network and has been part of fashion events across the globe.

She was born in Leicester, England, UK and has a sister. Her husband Osaama has appeared in several of her videos. They have a son who was born in 2009.

She was a guest on The Platform YouTube channel, which also regularly features AndreasChoice, MakeupbyCamila, and Amy Pham.

Amena Kin Is A Member Of