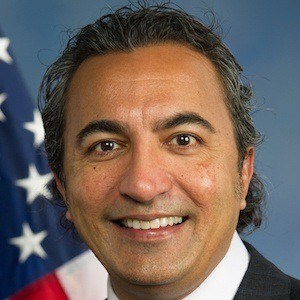 American physician and democrat who became the U.S. Representative for California's 7th congressional district in 2013.

He earned a bachelor's degree in biological sciences from the University of California at Irvine and later obtained his MD there as well 1991.

He supports the No Budget No Pay Act, which provides that if members of Congress don’t do their job and pass a responsible budget, they shouldn't get paid.

He has a daughter with his wife Janine.

He served alongside Tom McClintock in Congress.

Ami Bera Is A Member Of