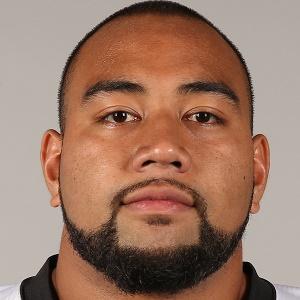 Offensive lineman of Tongan heritage started the first 15 games for the Carolina Panthers his rookie season after being selected 40th overall in 2012.

He played both offensive and defensive line in high school before being an All-American junior college left tackle at San Joaquin Delta College.

He was a finalist for the prestigious Gene Upshaw Award and the Lone Stare Conference South Division Lineman of the Year his 2011 season at Midwestern State.

He has a younger brother named Paul, who has served in the Navy.

He was teammates with running back Vick Ballard during the 2012 Senior Bowl.

Amini Silatolu Is A Member Of