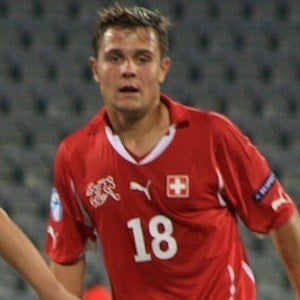 Defensive midfielder who broke out while playing for Grasshopper Club Zürich, winning the Swiss Cup title in 2013 and becoming the Swiss Super League runner-up the same year. He has played internationally for both Switzerland and Albania.

He was raised in the Canton of Thurgau region of northeast Switzerland. He moved to Winterthur at age 16.

He became the youngest captain in Albanian team history at the UEFA Euro 2016.

His parents were Kosovan immigrants to Switzerland.

He has been teammates with Etrit Berisha on the Swiss national team.

Amir Abrashi Is A Member Of