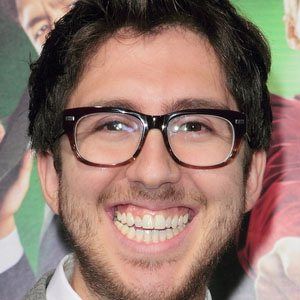 Co-host of MTV's The CollegeHumor Show. Also an actor, he appeared as an extreme and irritating version of himself in a popular web series called Jake and Amir.

He graduated from the University of California- Berkeley's business school.

He and his two older brothers were born in Israel and raised in Los Angeles, California.

He appeared in the movie A Very Harold and Kumar 3D Christmas, starring Neil Patrick Harris.

Amir Blumenfeld Is A Member Of