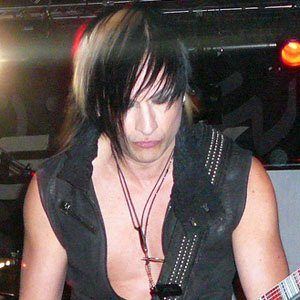 Guitarist most known for his work with bands Julien-k and Dead by Sunrise.

After graduating from Mission Bay High School in 1981, he began playing guitar for local bands, including Armed & Ready and Emerald.

He has designed instruments for brands like Jackson Guitars that he also uses on stage.

He had one son named Michael Melody Davidson.

Amir Derakh Is A Member Of