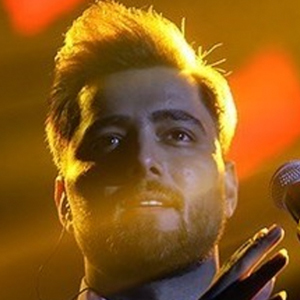 Iranian singer who is best known as a member of the group Macan Band. He has released tracks like Ye Lahze Negam Kon and Harbar In Daro.

One of his band's earliest releases was the album Divoone Bazi in 2017.

He hails from Iran.

He is a singer from Iran, much like Sami Yusuf.

Amir Maghare Is A Member Of