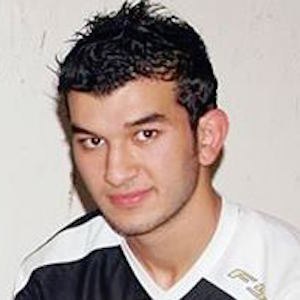 Algerian attacking midfielder who has played for USM Alger in the Algerian Professional League. He has also played for the Algerian Under-23 National Team in 2011 and was a 2012 Summer Olympics qualifier.

He saw a commercial for try outs for the Player Maker Academy in Ismailia and went to try out with 80 other participants and made it into the top 5.

He tripped and fell during a penalty kick against Kima Aswan in 2012 and it was claimed to be one of the worst soccer penalty kicks of all time.

He was born in Guelma, Algeria.

He and fellow Algerian soccer player Abel Khaled have both played for USM Alger.

Amir Sayoud Is A Member Of