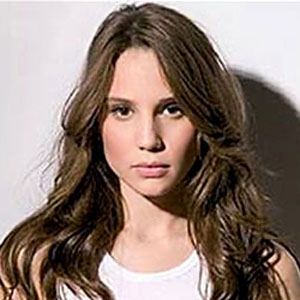 Canadian-born actress and singer known for her starring role as Ella Rozen on an Israeli supernatural series titled Split. Beginning in 2014, she also appeared in a television series called The Nerd Club.

In her late teens, she starred in an Israeli stage production of High School Musical.

She was born in Canada and raised in Israel. She honored her brother, a casualty of the Second Lebanon War, in the popular 2006 song "Millions of Stars."

She and fellow Israeli actor Yehuda Levi both became known for their television roles.

Amit Farkash Is A Member Of