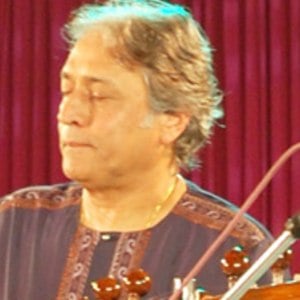 Musician who has become one of India's most famous players of sarod, a relative of the sitar. He has performed with high-profile groups like the Hong Kong Philharmonic Orchestra and received many prestigious honors, including the Padma Vibhushan and the Fukuoka Asian Culture Prize.

He gave his first concert at age six and attended The Modern School for six years.

He comes from a long line of sarod players, and in fact his family claims to have invented the sarod. He married Subhalakshmi Barua Khan and has sons named Amaan and Ayaan.

He and Ayaan Ali Khan are both famous sarod players.

Amjad Ali Khan Is A Member Of