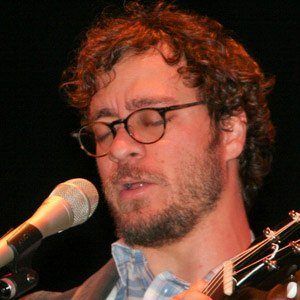 Folk, rock, and soul musician whose recording contract with Blue Note Records led to a productive collaboration with Norah Jones.

He was a second-grade schoolteacher at the Mary McLeod Bethune School and also worked as a local bartender.

His debut album Amos Lee earned him notice from Rolling Stone magazine as one of the Top 10 Artists to Watch.

He was an only child whose birth name was Ryan Anthony Massaro. His family raised him in Philadelphia and later Cherry Hill, New Jersey.

He was an opening act for Elvis Costello, Paul Simon, Merle Haggard, Van Morrison, John Prine, Adele, Bob Dylan, and many other legends.

Amos Lee Is A Member Of