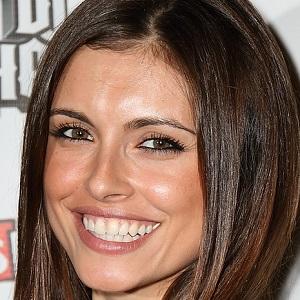 After modeling for the Robin Jeans and Anchor Blue clothing brands, this Bosnian-born woman appeared in episodes of Entourage and CSI: New York and played the role of Scarlett Dax in the film Gothic Assassins.

When she was just sixteen years old, she was the winner of France's Metropolitan Top Model competition.

She was featured in music videos by Blake Shelton, Chromeo, and Enrique Iglesias.

At the age of seventeen, she married Vladimir Vicentijevic; two years later, the couple welcomed a daughter named Sofija.

Amra Silajdzic Is A Member Of