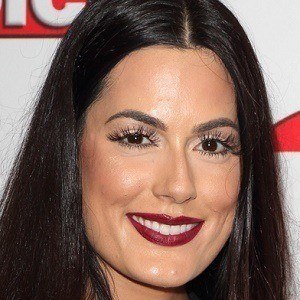 Model and actress known for being the brand ambassador for the cosmetic company Lakme. She has appeared on various covers of internationally renown publications such as GQ, Vogue, and Maxim.

She attended Winchester University in Hampshire, England, graduating with a Bachelor's of Arts degree in Performing Arts. She then attended The John Barry Acting School in Mumbai, India, and received a diploma in acting.

Her first prominent film role came in the 2014 Indian dance film Mad About Dance. She showcased her skill in dance, singing, and acting. In 2015, the film Angry Indian Goddesses premiered, with her portraying a lead character.

She was born in England to a businessman father and a stay-at-home mother. She is of Indian, English, and Scottish origin.

She began her career dancing for Kanye West's touring show.

Amrit Maghera Is A Member Of