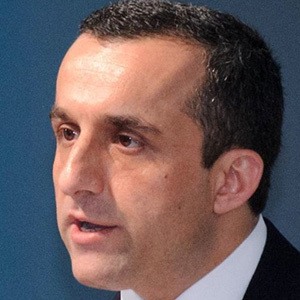 Afghani politician who served as his country's Minister of Interior Affairs from 2018-19. Previously, he was the head of the National Directorate of Security and was a member of Ahmad Shah Massoud's Northern Alliance.

He launched an anti-Taliban and pro-democracy movement called Basej-e Milli in 2010.

His family is part of the Tajik ethnic group.

President Ashraf Ghani named him the State Minister for Security Reforms in March 2017.

Amrullah Saleh Is A Member Of