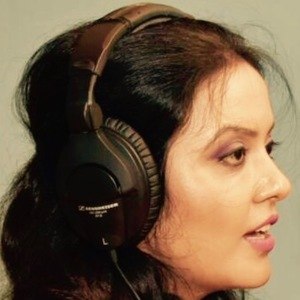 Indian banker, singer, and activist who gained international fame when she represented India at the National Prayer Breakfast in 2017 at the International Peace Initiative. She has worked as an activist for the Women Empowerment and Development of Rural India.

She has worked at Axis bank for over a decade.

She is a classically trained singer and her first music video titled "Phir Se" was incredibly popular.

She married Devendra Fadnavis in 2005.

She was joined by Donald Trump at the National Prayer Breakfast.

Amruta Fadnavis Is A Member Of