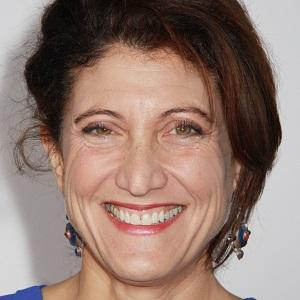 Known best for her Screen Actors Guild Award-nominated role as Dr. Joanna Diamond in the CBS series Picket Fences and for her performance as Dr. Janet Coburn in the long-running medical drama ER, this in-demand television actress also appeared as Judge Greta Anastassio in Judging Amy and as Peggy Ardolino in Everybody Loves Raymond.

After earning a degree in biology from Harvard University, she entered the Master of Fine Arts program at the Yale School of Drama.

From 2000 until 2002, she played the role of Dr. Toni Pavone on The WB's college-themed series, Felicity. A decade earlier, she had portrayed Phyllis Berger Silver on CBS' Brooklyn Bridge.

A native of Teaneck, New Jersey, she grew up as the daughter of Adele Mesiti and Salvatore Aquino. She married Drew McCoy in 1995.

She appeared with Jill Hennessy in the first few seasons of the NBC series Crossing Jordan.

Amy Aquino Is A Member Of