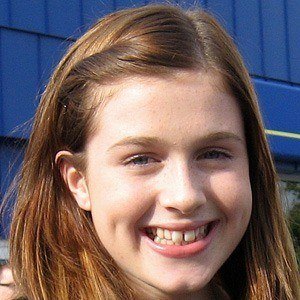 Pop star who released the Platinum-certified album This is Me Now at age thirteen. In Sweden, Diamond is one of the youngest artists to release a greatest hits album.

She was a dedicated figure skating competitor before starting her singing career.

She is known for the top five singles "What's In It for Me," "Don't Cry Your Heart Out," and "Welcome to the City."

She has three sisters named Danielle, Lisa, and Holly and a brother named Charlie.

She covered Belinda Carlisle's song "Heaven is a Place on Earth" during a childhood singing competition.

Amy Diamond Is A Member Of