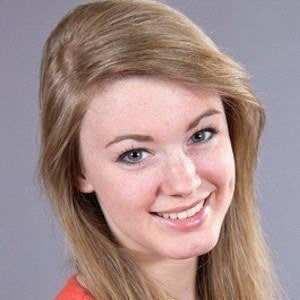 Soap star who played the role of Maddie Heath in Coronation Street from December of 2013 until June of 2015. She then booked a part as Martha Quaintain in the mini-series Jericho.

She was a student at the Manchester School of Acting.

She performed in stage productions of Beauty Manifesto, Frank and Ferdinand, My Fair Lady, and Trojan Women.

She was born in Antrim, Northern Ireland.

She and fellow Coronation Street actress Katy Cavanagh both expressed their desire to move on from the show around the same time.

Amy James-Kelly Is A Member Of