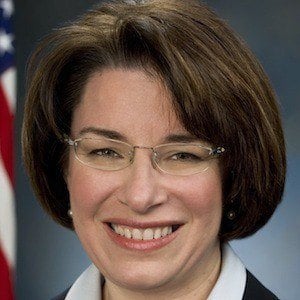 Politician and member of the Democratic Party who became the first woman to be elected as a senator from Minnesota in 2007.

She was a legal adviser of former Vice President Walter Mondale.

She has a daughter with her husband John Bessler, a private practice attorney who she married in 1995.

She, like Al Franken, served as a senator for Minnesota.

Amy Klobuchar Is A Member Of