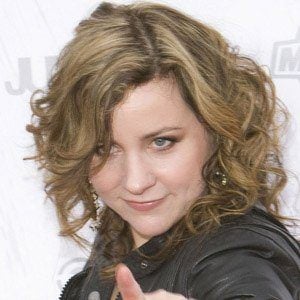 Indie rock singer and pianist who has worked with Stars and Broken Social Scene, as well as having a successful solo career.

She studied drama at the Etobicoke School of the Arts with bandmate Kevin Drew and Emily Haines from Broken Social Scene.

She had a daughter named Delphine Rita Jane Cranley on March 21, 2011 with her partner Evan Cranley.

Her song "Bury Me" was added to the soundtrack of the film Drowning Mona, which starred Danny DeVito.

Amy Millan Is A Member Of