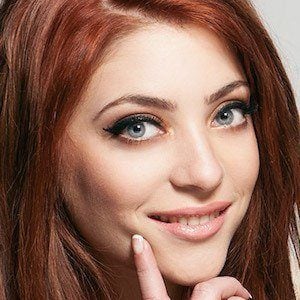 Dutch singer who rose to fame as a member of the all-sister trio O'G3NE, who first gained major attention by representing the Netherlands at the Junior Eurovision Song Contest in 2007. Her group went on to win the fifth season of The Voice of Holland and release albums like 300% and Sweet 16.

She was born in the city of Dordrecht in South Holland and grew up in Fijnaart, North Brabant.

Her band was the first group ever to win The Voice of Holland.

She founded O'G3NE with her sisters Lisa and Shelley Vol. She and Shelley are fraternal twins.

She was a member of Marco Borsato's team on The Voice of Holland.

Amy Vol Is A Member Of