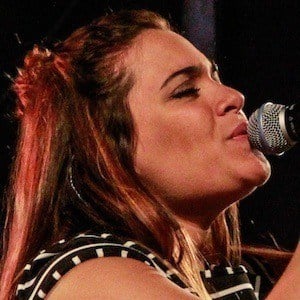 Dutch pop singer who is best known as a member of the group O'G3NE. Her group is known for songs like "Wings to Fly" and "Change Will Come."

Her group O'G3NE is comprised of her two sisters, Lisa and Amy.

She competed on The Voice of Holland which has been hosted by Wendy van Dijk.

Shelley Vol Is A Member Of