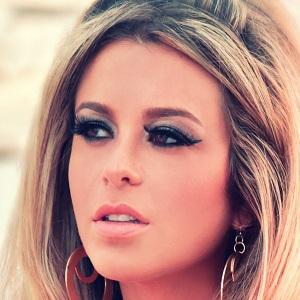 Former Miss South Florida USA 2011 who sings in both Spanish and in English. She released the self-written and recorded record, The West Coast Sessions. in 2015. In March 2017, she released The Tough Love EP.

At age six she appeared on the show Sabado Gigante.

She studied at Florida International University where she majored in broadcast journalism.

She has two older sisters named Marisa and Aileen. In 2016, she married John Carter Cash; they welcomed a daughter named Grace together in 2017.

She sang "The Star Spangled Banner" during the 2005 Presidential Inauguration of George W. Bush.

Ana Cristina Alvarez Is A Member Of