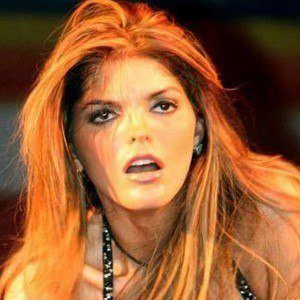 She broke into the music industry with a self-titled album in 1994.

She released her thirteenth studio album in 2013 after a four-year hiatus from music.

She was married to architect Jose Maria Fernandez from 2005 to 2010. She has three children named Emiliano, Jose, and Jeronimo. Jeronimo was conceived via artificial insemination. His biological father is singer-songwriter Reyli Barba.

She shared the cover of People en Espanol Magazine with Eva Longoria in 2009.

Ana Bárbara Is A Member Of