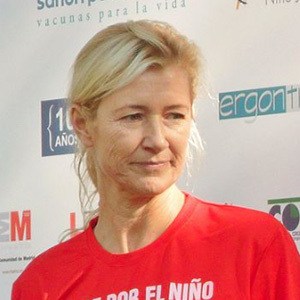 Actress most famous for her role as Merche on the drama Cuéntame, which became the longest-running prime time series in Spain's history. Her performance on the show earned her 10 ATV Award nominations for Best Actress from 2002 to 2011.

She is a philanthropist who began serving as a UNICEF Goodwill Ambassadors in 2000.

She married producer Miguel Ángel Bernardeau, with whom she has children named Miguel and Maria. She is the cousin of dancer Nacho Duato.

She began appearing alongside Imanol Arias on Cuéntame in 2001.

Ana Duato Is A Member Of