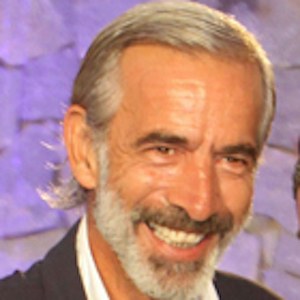 Actor and director with an award-winning role in 1987's El Lute: Run for Your Life. He starred in multiple Vicente Aranda films and is a series regular in the show Cuentame.

He was part of a traveling theater group. His TV debut came in 1976 and his film debut was in 1982's Cecilia.

He was implicated for tax evasion and money laundering in the Panama Papers scandal in April of 2016.

His real name is Manuel María Arias Domínguez and he was born in Riano (Leon), Spain.

He worked with director Pedro Almodovar on more than one occasion.

Imanol Arias Is A Member Of