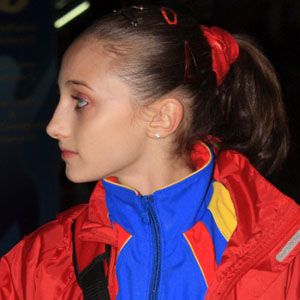 Romanian gymnast who won World Championship gold in the 2010 Balance Beam event, as well as a bronze in 2009 in London.

She was a member of the Romanian Junior National Team before winning her first major competitive medal at age 14.

Her parents supported her gymnastics career growing up in the small town of Galati, Romania.

Ana Porgras Is A Member Of