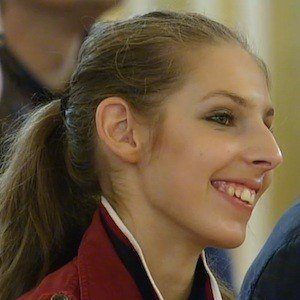 Rhythmic gymnast who is a two-time Olympic Group All-around champion from 2012 and 2016. Her team won gold in group all-around at the 2017 Grand Prix Moscow.

She attended the World Cup Final in Minsk, Belarus where she won Russian Group at the  2012 European Championships.

She is a World Group All-around bronze medalist from 2013.

She and Ganna Rizatdinova are both gymnasts from Ukraine.

Anastasia Bliznyuk Is A Member Of