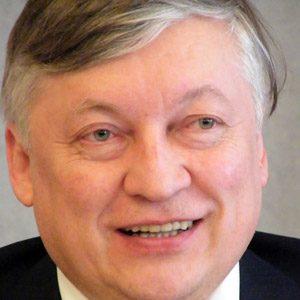 Chess Grandmaster from Russia widely considered one of the greatest chess players of all time. He held the title of World Champion from 1975 to 1985.

He was a chess prodigy, becoming the youngest-ever Soviet National Master at age fifteen.

He is known for his various humanitarian efforts, receiving the Order of Merit in 2006 for his assistance to the victims of the disaster in Chernobyl.

He married a woman named Natalia.

He is known for his legendary rivalry with fellow Russian Grandmaster Garry Kasparov.

Anatoly Karpov Is A Member Of