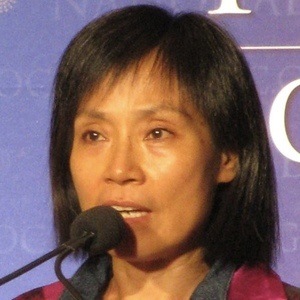 A Chinese-American author, painter, and photographer, she is best known for two memoirs: The Cooked Seed (2013) and Red Azalea (2011). Her historical novels, including Katherine (1995) and The Last Empress (2007), often feature powerful female characters.

Before moving to the United States in 1984, she was an actress at the Shanghai Film Studio. She later graduated from the School of the Art Institute of Chicago.

She lived and worked on a collective farm during her late teens.

Actress Joan Chen helped her make the move to the United States.

Anchee Min Is A Member Of