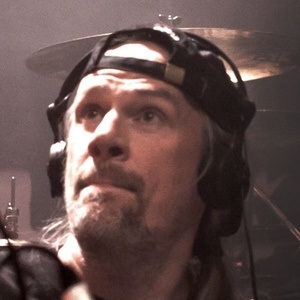 Heavy metal drummer who rose to fame as a member of both HammerFall and Yngwie Malmsteen's Rising Force. He initially joined HammerFall as a touring member/session musician but was eventually brought on full time.

He first began to learn to play the piano but picked up drums at age 14.

He co-founded the record label Heptagon Records with his brother.

He is the son of jazz pianist Jan Johansson. His brother Jens Johansson is also a successful musician.

Both he and Oscar Dronjak performed with HammerFall.

Anders Johansson Is A Member Of