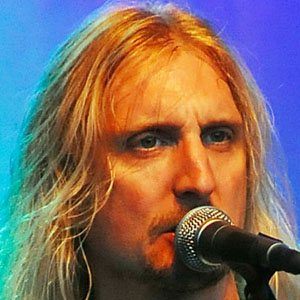 Guitarist and founder of the power metal band HammerFall who also played in Crystal Age and Ceremonial Oath.

He first learned the accordion, then played the trombone and, at fourteen, he picked up the guitar.

Dronjak and former members of In Flames and Dark Tranquility founded HammerFall.

He grew up around Gothenburg, Sweden.

He uses the Jackson Randy Rhoads guitar in most of his performances.

Oscar Dronjak Is A Member Of