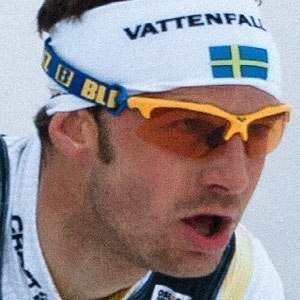 Cross-country skier who won a gold medal in the 4-by-10-kilometer relay at the 2010 Olympics and won bronze in the same event in 2006.

He grew up skiing in Soderhamn, Sweden.

He won silver in the 50 kilometers at the 2003 World Championships.

His twin brother Per used to be a skier but had to retire due to a back injury.

Gregor Schlierenzauer also competed in skiing at the 2010 Olympics, winning gold for Austria in the team large hill event.

Anders Sodergren Is A Member Of