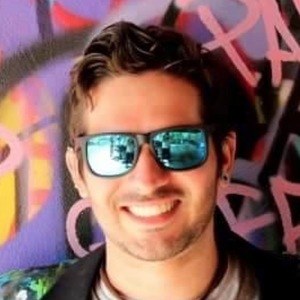 Painter and artist who is known for his unique graffiti and collage style of painting. He has been featured in several group and solo shows throughout Spain, Brazil, Italy, and France. He is also known for his diverse range of awards such as the Receipt of Vows of Praise from the Campineira Organization of the Arts in April of 2015.

He earned his degree in Arts Education and Skills in Visual Arts. He went on to develop a unique graffiti style and began showcasing his works in galleries in 2008. He earned more recognition when his piece was featured in the traveling group show the Rino Mania Project in 2011.

He received the Carlos Gomes Medal for prominent merit in the public and cultural area. He also earned the Honorable Motion from the City Hall of Assisi for his first exhibition at the Louvre.

He was born and raised in Assisi, Italy.

Other painters from Italy include Silvia Pelissero and Emanuele Dascanio.

Anderson Ferreira Lemes Is A Member Of