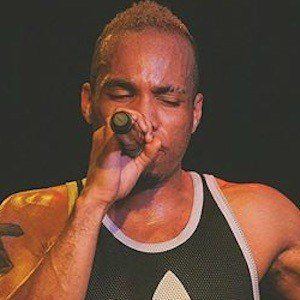 Hip-hop/R&B singer and rapper with a stage name of Anderson .Paak., he released an album titled Venice in October of 2014 and a follow-up album called Malibu in January of 2016. He is also one-half of the duo known as NxWorries.

He began producing music as a teenager from the comfort of his own bedroom. He was a drummer at his family's church, and, before working as a musician, he worked at a marijuana farm.

He was previously known by the stage name Breezy Lovejoy, a name under which he released the album O.B.E. Vol.1. He put out an all-covers EP called Cover Art in 2013.

He was born Brandon Paak Anderson. He was homeless with his wife and infant son after being let go from his marijuana farm job. His wife's name is Jaylyn Chang. His son's name is Soul Rasheed.

He was the drummer for Haley Reinhart, formerly of American Idol fame.

Anderson Paak Is A Member Of