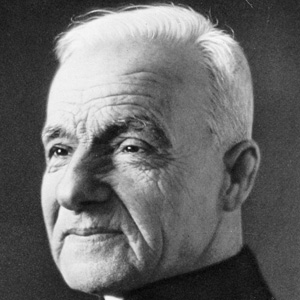 Lay Brother of the Congregation of Holy Cross and a significant figure among Catholic French-Canadians.

He was orphaned at the age of 12 after his father was killed by a falling tree and his mother died of tuberculosis.

He is credited with thousands of reported miraculous healings and was asked to leave the college he was a porter at because too many sick people were entering the college looking for him.

He was the ninth of thirteen children.

Andre Bessette Is A Member Of