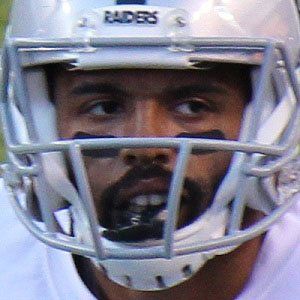 NFL wide receiver who entered the league as an undrafted free agent in 2011 with the Minnesota Vikings.

He attended Hillsdale College where he played football from 2007 to 2010, setting the school's all-time record for receiving yards.

His father Kevin was a basketball player for DePaul during the 1980s.

He became teammates with Tom Brady on the Patriots in 2013.

Andre Holmes Is A Member Of